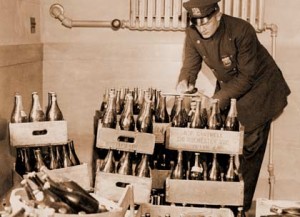 The word “Síbín” originated in Ireland between 1780–90. It referred to home brewed whiskey which was then sold illegally and soon came to refer to unlicensed premises that sold alcohol.

With the mass emigration from Ireland in the 1800’s the term soon spread to the UK, the US, Canada, Australia and to Namibia, Zimbabwe and South Africa where the term remains in use to this day.

The Sibin was essentially the forerunner to the now ubiquitous Irish pub. Originally operated illegally they sold home brewed and home distilled alcohol and providing Irish emigrants and their descendants with a place to meet, reminisce of “the old sod” and enjoy a bit of music and “craic” while discussing their new lives abroad and what they had let behind.

There were frequent crackdowns by the police which lead to closures but Sibins were frequently reopened or a new one would pop up in place of a recently closed establishment.

During the prohibition era in America many “Speakeasys” were referred to a Sibin’s by the Irish American community.

In Africa the term “shebeen” was still in use during the apartheid era with a “sheen” referring to an alternative to pubs and bars as under apartheid law black Africans were prohibited from entering a “whites only” establishment.

During the apartheid era shebeens became a crucial meeting place for activists, some attracting working class activists and community members, while others attracted lawyers, doctors and musicians. 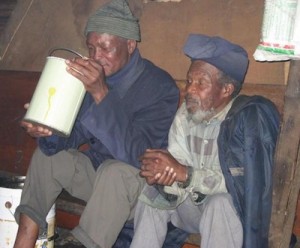 Shebeens also provided music and dancing, allowing black Africans to express themselves culturally, which helped give rise and support the musical genre kwaito. Currently, shebeens are legal in South Africa and have become an integral part of South African urban culture, serving commercial beers as well as umqombothi, a traditional African beer made from maize and sorghum. Shebeens still form an important part of today’s social scene. In contemporary South Africa, they serve a function similar to juke joints for African Americans in the rural south. They represent a sense of community, identity, and belonging.

Today, they appeal to South Africa’s youth, and are mostly owned by men. Shebeens are bouncing back as South Africans try to preserve some of their cultural heritage.